Battle of the Beverages: Nude vs. Nutrl

As I get older, the quest to find an alcoholic beverage that tastes great and leaves you hangover free has become like searching for pirate’s treasure. In my world, coolers have always been synonymous with one word: headache. I had long tired of artificial sweeteners that left me wondering which flavour I was sipping on, and had grown begrudgingly accustomed to waking up with a splitting, sugar-induced hangover that had me reaching for the bottle of Advil. I had reached an alcohol wall. And, as one who refuses to give up in the face of adversity, I determinedly set out in search of a drink that could make me forget about hangovers of years past, that would satisfy my love of something sweet – and would fill my desire for local, chemical-free alcoholic goodness. That’s where Nude and Nutrl vodka sodas stepped in.

Based on a demand from other fed up (and thirsty) drinkers such as myself, Nude and Nutrl vodka sodas were created with the health conscious and social drinker in mind. Both boast the same claims – a locally made and distilled vodka soda that’s free from artificial colours, sweeteners, and flavours, with a rare 100 calories per can. Often compared to “La Croix” with a boozy twist, both brands are designed to refresh and hydrate their consumer while providing a fresh and unbeatable flavour that packs an alcoholic punch. The question is – once put to the test, which would reign supreme?

A rainy Wednesday afternoon in the office was a prime opportunity to pit the two against each other in a blind taste test. Our team created criteria that would determine our grading system for the two beverages:

Upon the first whiff, I was struck by an artificial, sickly sweet aroma. Expecting a juicy, citrus scent, this was a disappointment. The first sip lends itself to a flavour that I tentatively pegged as strawberry – but was reminiscent of a lollipop flavour that, as a child, I commonly referred to as “the red one.” The taste mimicked the smell with a sweetness that I found overwhelming. The fizz and bubbles that I coveted in soda water seemed to be lacking – with only a slight carbonation that left me wanting more. The strength of the vodka was comparable to a high-ball that had been left on the counter and forgotten about – watered down from melted ice, and lacking a serious kick. Though initially, the can seemed high-quality and durable, it took me mere moments to peel off the wrap on the can – leaving me with a mound of shredded plastic. Not ideal.

With my high hopes rapidly diminishing, we moved on to the second beverage. Instantly, I knew that I was in for a treat. The scent struck me first, distinctly pomegranate, naturally sweet and tantalizing. The beverage was smooth, yet effervescent, with the underlying flavour of vodka coming in clearly. This was easy-drinking in a nutshell: delicious, refreshing, boozy enough to fade the day’s worries away, but not overwhelmingly strong. The can was smooth and seamless, and, despite my incessant attempts to destroy it, refused to budge. I was sold.

The difference between the two products supposedly rumoured as “identical”, struck me. With such similar concepts and ingredients, how was the mark being missed from one product to another? Nude’s product, though lacking in flavour and quality, was equally, if not more popular than Nutrl’s. There was definitely more to this story, and, as a self-proclaimed digital marketing pro, I knew that diving deeper into the identity of both brands would help me to come to a clear understanding.

One look at Nude’s social media channels offered immediate answers. Nude caters to a specific audience: millennials – and they do it well. Their aesthetic, along with their crisp white packaging, is bright and trendy, with an engaging photo mix of loyal customers enjoying their product, combined with beautifully styled flat-lays. From seasonal cocktail recipes to drool-worthy food pairings, Nude shows their followers that their product is the perfect addition to every moment worth celebrating.

Nutrl’s social media presence isn’t one to scoff at – with 14,000 followers, Nutrl works to set themselves apart as the only vodka soda that offers no preservatives, sugar, or carbs. Their social posting is consistent – yet is missing a brand story and unifying theme. Their aesthetic lacks continuity and doesn’t do justice to the lifestyle and experience that goes hand-in-hand with their product. Nutrl’s packaging and brand are sleek, modern, and poised – yet this isn’t translated through their social posts. With a dedicated following that swears by Nutrl as their drink of choice, carefully curated images and engaging content would skyrocket Nutrl’s success.

The ultimate key to launching a new brand is amazing PR – and with both brands boldly launching in the summer of 2017, I was eager to see who had made the bigger splash in an often over-saturated market. The search results spoke for themselves – with Nude appearing in articles from the likes of BC Business’ #30under30, Daily Hive’s “7 hottest new drinks of the summer” in both 2017 and 2018, along with glowing reviews on prpeak.com, amongst other notable publications. Nutrl’s online presence paled in comparison, with mentions in few publications, such as myvancity.ca, and strategyonline.ca. Nutrl’s product, though far superior, is evidently missing the traction and attention that has been rightfully earned.

I left this experience feeling enlightened, hydrated, and with a slight buzz – but with a new take on the vodka sodas that have taken the BC market, and my Instagram feed, by storm. Nutrl’s crisp, fresh taste was light and refreshing, making it my new Friday night go-to, and an easy favourite in my books. With a helping hand and expert opinion in the world of social media and PR, Nutrl has the potential to take the drinking game to the next level. 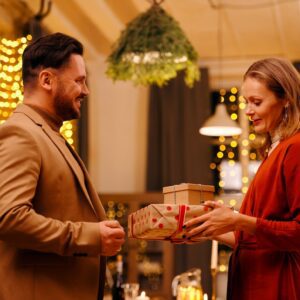 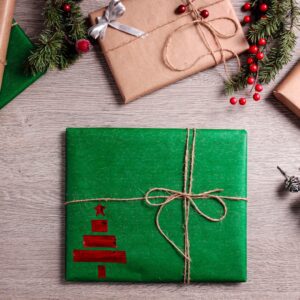 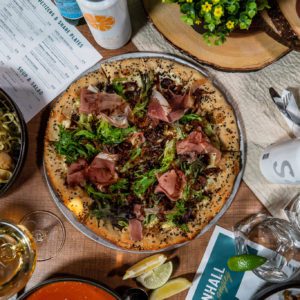 The Importance of Patience in PR