Are you not sure which smart speaker is for you? Which one is functional, affordable, and best suited for your needs? We did the hard work for you and compared all the pros and cons of the Google Mini, Amazon Echo Spot and HomePod.

Small but mighty is the Google Mini – sexy, stylish, surround sound and affordable…perfect for any home. Available in 3 colours, with features including a built in Google Assistant, and nearly perfect voice response, you have your own personal agenda that speaks to you. It is very functional.

A downside to the Google Mini is that it is not wireless so it has to be plugged in 24/7; there is not a rechargeable battery. So, if you are planning on being able to bring it from room to room, this isn’t the smart speaker for you; save yourself the hassle. If your budget allows, get a few Google Minis for your main rooms of activity. Another unfavourable aspect of the Google Mini is the inability to connect to your existing speakers unless you have the $35 appliance (the Chromecast audio dongle).

The bottom line is that the Google Mini is almost too simple. Everything it can do, the Amazon Echo Spot can do better. So, getting the Google Mini is adequate if you want it in a smaller room (for sound), do not want to frequently move it, and want something affordable and reliable.

With Amazon, everything is easy, just like the Echo Spot (Alexa). It is easy to set up, compatible with Android and IOS devices, and the Echo Spot can be connected to by multiple users. For quality of sound, the Echo Spot is a step up from previous Echo Dot. Some additional features include: ambient light sensors, personalizing backgrounds, waking up to music, streaming services, or weirdly enough, celebrity voices. The Echo Spot is definitely a step up from all other smart speakers.

Setting alarms to whatever sound, voice, or music you want makes waking up that much more personable; plus you get to tell Alexa to snooze! Another great thing about Alexa is the ability to connect to cameras around your house, check on your front door when you’re not home, look over a sleeping baby or babysitter to insure everything is good. You can play Amazon videos, news videos or music trailers through the smart speaker screen. A fun little feature on Alexa is that you can make video calls to phones or other Echo Spots (and it actually works)!

A really big flaw with the Echo Spot is the particular phrases you must use for Alexa to actually understand you or do what you tell it. For example, you must say “Alexa play relaxing music.” Although specific commands can easily be searched up online, for convenience sake, this flaw could be a hassle. There are many skeptics out there who believe Alexa is “spying” through the camera. Though there is an option to disable the camera, many believe it can still see, similar to a laptop. If you turn off the camera on the Echo Spot, the ambient lighting does not work which could be a problem when you go to use Alexa and her screen is dark in the middle of the day. Alexa also has voice recognition which has caused some serious issues with users. When you are having a conversation with someone privately or not and the smart speaker hears something like “Alexa,” it might wake up and start listening and that conversation might be sent to someone.

Although the Amazon Echo Spot is expensive for the size, it has a lot more capabilities than other cheaper smart speakers. It costs $134.99 which is reasonable when you look at all the things that Alexa can do. But if you don’t need all the fancy features and are worried about security then the Google Mini would be a better fit for you.

For all Apple users out there, there is a similar Apple product – the HomePod, with the best sound, clarity, and range. The HomePod was built to have the best sound through surround sound and sound detection. Although the HomePod is expensive ($399), Apple is a brand that the general public are aware of and trust. They go above and beyond the standards of most companies.

Since the HomePod is significantly larger than both other smart speakers, it has a very loud, clear, and superior sound. HomePod has the unique ability to translate into twenty different languages and you get to create custom phrases unlike both the Google Mini and Echo Spot. Another neat fact about the HomePod is that it does not respond to you when you use profanity, it will politely tell you not to speak to it that way.

The microphone was very well made in this smart speaker. It can handle vague music requests like “Siri, play a song similar to this song playing now” and it will simply find a song like the one playing. You can also use Siri to figure out what song is playing in your house, on a phone, on a TV, etc. Siri will set timers, alarms, and reminders for you when you ask; plus, Siri will remember songs you do and don’t like. Siri will help you in a debate or choose by flipping a coin for you. Additionally, you can also set Siri to talk to you from a wide range of 6 voices. It can read your texts out loud and also send replies for you just like on your iPhone or MacBook. As most Apple products are, HomePod is very easy to set up.

There are a few downsides to the HomePod, but one of them being the price ($399). We all know Apple products are expensive but, in my opinion, you get your money’s worth. Although you can’t make phone calls through the HomePod, a rumour has it that the new update could change that. The HomePod is compatible with all Apple devices[MOU1] , so to get use of all the capabilities, you have to have an iPhone, iPad, MacBook, etc. which is a downside to all Android users. Apple music can be played through the speaker however, Spotify cannot unless you use Apple play on all devices. This last thing that could make or break it for the HomePod, like the Google mini, the speaker has to be plugged in at all times in order to work, there is no built-in battery pack.

For all Apple users, this smart speaker will feel familiar to you and is easy to set up and figure out. I would highly recommend this speaker to people who love Apple products, only use Apple products, do not mind the HomePod having to be constantly plugged in, and love a clear, large sound for music in a big space.

So, the Google Mini, the Amazon Echo Spot, and the Apple HomePod are all great investments; the decision just depends on what you’re looking for. If you want to hear my opinion, I would personally choose the HomePod because I fully trust all of Apple’s products and Apple is the brand my devices and systems operate on. As sound is a big factor for me, I automatically would choose the HomePod because the sound is engineered to be extremely superior. I have Apple music which makes it simple to listen to whatever I want and Siri will be able to get to know my taste in music and will be able to give/tell me what I want. I’ve been an Apple user for years and years, so a HomePod would be a great addition to the family. It’s easy to use, new but not unfamiliar, and will be a modern touch to any room! 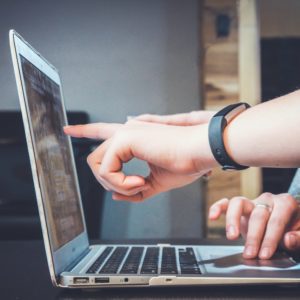