Lessons from the Media: What makes Nicolle Hodges tick?

Nicolle Hodges is familiar face in Vancouver as the multi talented writer and television host who is always on the go! We asked her a few questions to get an insight into what makes her click, tick and fabulous.

I’m an on-air Promotions Host for CTV Vancouver, a freelance journalist for numerous publications, the editor of ValleyBuzz (a section of VancityBuzz that covers stories in the Fraser Valley), and a host for Novus TV (a community channel).

What stories do I like to cover? Probably anything where I get to dig a little deeper – be it getting to know someone, seeking both sides of a heated debate, or doing extensive background research on a topic. I think journalists have to become momentary experts in whatever it is they are covering. For this, I’m constantly finding myself in new situations, so it’s the only career that, in a weird way, I never had to actually choose one path.

3) What do you love about your job?

I’m currently sitting at home in my pyjamas getting paid for it. I like the power to structure my day the way I want, I like that my office is based on a WiFi signal, and I like that I get to see the way the world looks when everyone else is inside. I like that I’m doing exactly what I said I would “when I grow up,” which is telling stories for a living. Then when I go into CTV, I am challenged to push my limits and use a different side of my creativity. When I’m there, I feel like I’m really working towards something. There are people that I get to learn from, there is a sense of being tuned in to the day’s events, and I actually have to put on pants.

4) What is the biggest challenge you face or have dealt with in your career?

As a freelancer, you have your foot in so many doors but you’re never in the building. What I mean is that sometimes I crave the feeling of being part of a team in a face-to-face environment. Sometimes I crave being able to look over a desk and ask a question instead of sending another e-mail. Sometimes at the end of the day, I can’t seem to disconnect because my laptop is my office and it’s always around and there is always work to get done. Sometimes I really, really, don’t feel like getting out of bed or my brain just won’t seem to start and there is no one there to hold me accountable if I just put the blankets back over my head and say “not today.” I also spend way too much money on coffee.

5) What advice would you give to people coming to you with pitches?

I generally want to know two things: WHOM you will be speaking with (the voice of the story carries a lot of responsibility) and WHY does this story matter? Keep the pitch longer than a tweet but shorter than an essay, and use the space in between to tell me why it’s compelling and timely and relevant and informative and such an important story or character that you can’t bear another day without the world not knowing! Seriously though, don’t be dramatic. Just tell me why it matters.

6) How do you handle failure?

I handle failure the same way I celebrate success: I drink wine and I keep going.

7) How do you measure success?

I don’t know if I will ever have the answer to this. I don’t see myself as successful and maybe that’s what keeps me going. I think if I measured or defined success by something (money, rewards, a job, recognition) and then I lost the source of that validation, I would be devastated. Trying to measure success, which is this ethereal and ever-changing presence, turns it into something concrete and limited. So I don’t measure it. Instead I wake up each day and do what feels right by my heart. I don’t even know what success is, let alone try to control where it begins or ends.

8) If you weren’t doing what you’re doing, what would you be doing?

If I wasn’t working in journalism, I would probably be having an existential crisis because deep down I would know I’m not doing what I should be doing with my life. Maybe I would be an English teacher and every time a student wrote something breathtaking I would cry and silently wish that I could write like that. There would be a pulling in my heart and a cold breeze would pass through the room, but instead of seeing it as a nudge from the universe, I would just close the window. Then I would go home at the end of the day, exhausted and unfilled, and wonder where it all went wrong? I guess I would probably end up quitting my teaching job and joining the circus, where I would clean the lion’s cages and drink beer with the ventriloquists after my shift. I would meet a bunch of interesting people, and although I would want to tell their stories, I would be so full of self-doubt that I would never end up doing it. Days would turn into years, and yes I would still find joy hidden in small moments, like the time we taught Berry the Baboon how to juggle, but there would always be something missing. Then one summer day, while polishing their clown shoes, my circus friends would ask me why I joined their travelling brigade and I would say, “Because I couldn’t be a writer.” Everyone would laugh, but I would feel that cold breeze pass through the room again. So, you see, it’s probably best that I’m doing what I’m doing because I don’t want to end up depressed and in the circus.

9) If you could travel anywhere, where would you go?

I would like to go to the year 3000 to see if we screwed it all up or not. Or go back to 2006’ish and profit from the housing crash, and while I’m there I would write the song “SexyBack” for Justin Timberlake for a couple million. More recently, I have felt the inclination to do some humanitarian work in Africa and then hike Kilimanjaro. In 2016, I’d like to visit Yosemite National Park and hike some mountains in the area.

One sec, I’ll go check in my fridge. I like the Cabernet Sauvignon wine jelly!

Categories:
Ask the Expert, Lessons from the Media 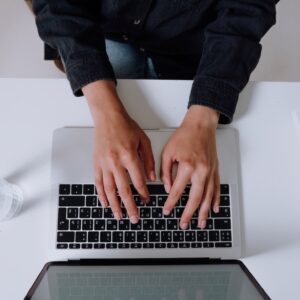